Led by Coach Will Waughtel, the Complete Game Academy 16U team took the field for the very first time together on Saturday, June 3rd. Saturday’s first seeding game was a rough start, with the 16U team being ‘mercy ruled’ 11-1.

The CGA team bounced back and battled in their second game, coming up just short and losing 4-3. Having an 0-2 record in the seeding games was not what this team expected, but they did not let that bring them down.

Sunday morning arrived and the CGA 16U team took the field to begin tournament play. A great pitching performance by Alec Santiago and a big 3 run homer by Mannie Rivera gave the team their first win of the summer.

Next up were the quarterfinals, with CGA having to face the overall number 1 seed. CGA got out to an early lead and Dylan Byler went the distance on the mound to lead the team to a 7-6 victory.

Up next were the semi-finals. The 16U boys, being short handed for the tournament, made for some tight and sore bodies. However, they were ready to battle and redeem their 11-1 loss from Saturday. With some timely hitting and a total team effort behind the arms of Connor Waughtel and Ryan Glenn, the 16U team redeemed their loss by winning 8-3 and moving on the championship game.

The championship game was tight early, with both teams scoring 2 in the first inning and no one scoring again until the top of the fourth when CGA was able to plate 4 runs. That was all they would need, but taking on another run in the 6th led to a 7-3 win, giving the CGA 16U team a Championship in their first ever tournament. Congratulations to the entire 16U team and coach Waughtel on their great performance!

“Not every weekend will end this way so cherish the ones that do!” – Coach Richard Glenn 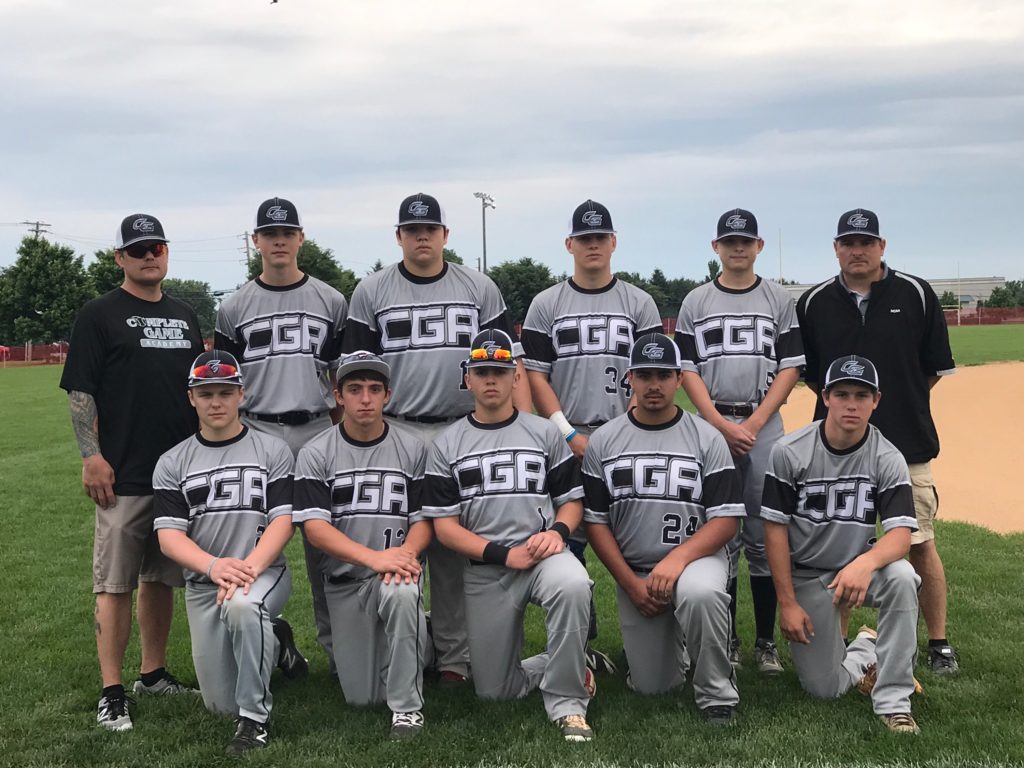