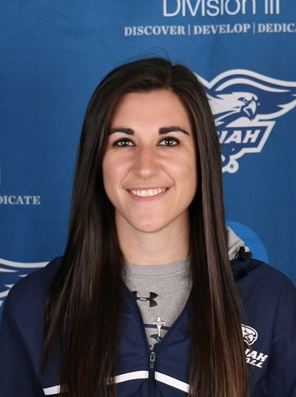 Amber is from a small town north of Harrisburg, (Elizabethville, PA). She now resides in Manheim, Pa. Amber is a 2014 graduate of Upper Dauphin Area High School. Through her time at UDA, she was a 4-year varsity softball starter, playing several positions – pitcher, short stop and center fielder. She currently holds the all-time hit record (139) and a few others. She graduated from Messiah College the spring of 2018. While at Messiah, she was a 4-year starter and played outfield. During her time at Messiah she has played in 4 MAC Championship tournament appearances (2 Championships), 3 NCAA Regional tournament appearances, 1 NCAA Super Regional, and 1 National Championship appearance (we were NCAA Division 3 National Runner-Up in 2016).

Throughout her journey she has not only played the game but became a student and teacher. A strong work ethic, passion burning to achieve excellence, and the drive to overcome all obstacles is what got her to where she is today. This game has given her so much and it is her mission to help players reach their goals and educate players to make it to the next level.